Tabriz – in the atrium of The Blue Mosque

It was still bright when I settled into a room with four beds. Maku is a sprawled along the main road, suitable for a short walk. The cliffs above the town offer a beautiful view, but in the evening they are supposed to be more of a gathering place for local junkies than a walking trail. Maku was not my goal, just a starting point on the way to the Black Church of St. Thaddeus.

Iran is not SE Asia, where you get a range of excursions in every hotel. The receptionist said he would call someone. I still don’t know if they call relatives, friends, or someone who knows English and has a guide license. But they probably have a commission for that, and the prices aren’t written anywhere. He later came to tell me that it was arranged and that departure would be at 8 o’clock. In the evening I met someone who spoke English and invited me to a restaurant for a great soup. 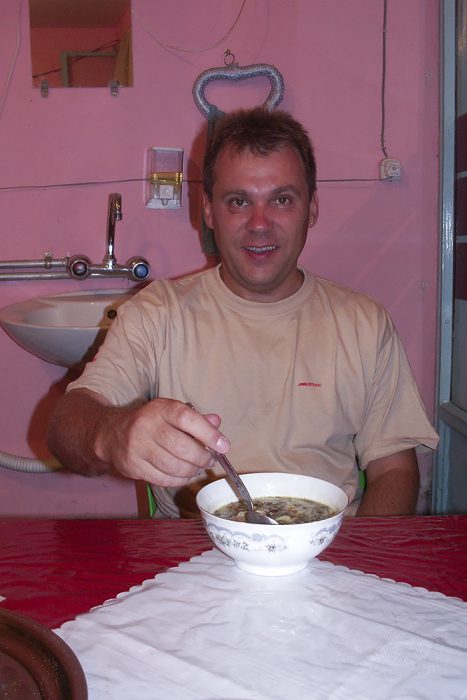 In the morning I waited at the reception for my transport. I asked whether there is a chance for a breakfast. If bread, cheese and tea will be enough, they asked. There were no breakfasts in these modest accommodations, but I would still eat something before the trip. I have no recollection whether the bread was hot or cold, but I liked those flattened unleavened round or square pieces of bread from the first day I got my hands on them. I offered to pay for breakfast, I don’t even know if they charged me at least for tea. I left the money in the donation box for the poor, which was on the reception desk. The receptionist put his right hand over his chest and sligtly bowed to me, which made me somehow embarrassed. Later, the guide explained to me that hospitality dictates that the traveler be offered bread and cheese without asking for payment. 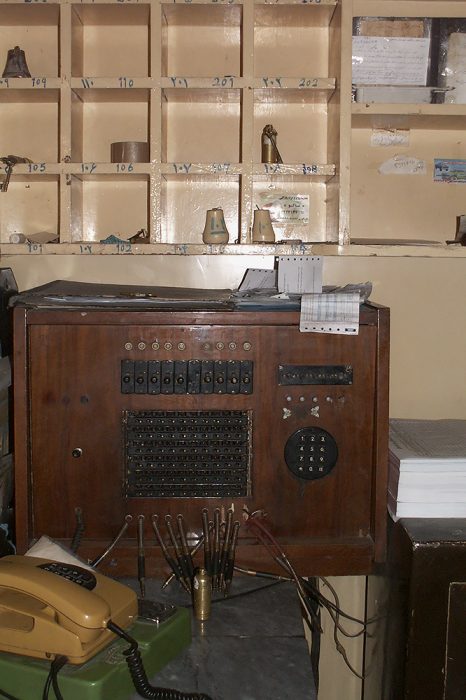 I was not yet finished my tea when a young man entered in creased trousers and in a shirt. Neat. Apparently they take their work seriously. His name was Reza, in Slovenian Janez. The Persian name is very common.

The Peugeot, in which a friend was also waiting for my refined guide, was something more for Iran. Namely, the popular Paykans, cars similar to our (Yugoslav) former 101s, old and mostly of white colour, predominated. Peugeot, however, was a whole new dimension, rare and conspicuous. And of course of different colours. They changed the name Peugeot with their own (eg Samand), and under license they were made by Iran Khodro. 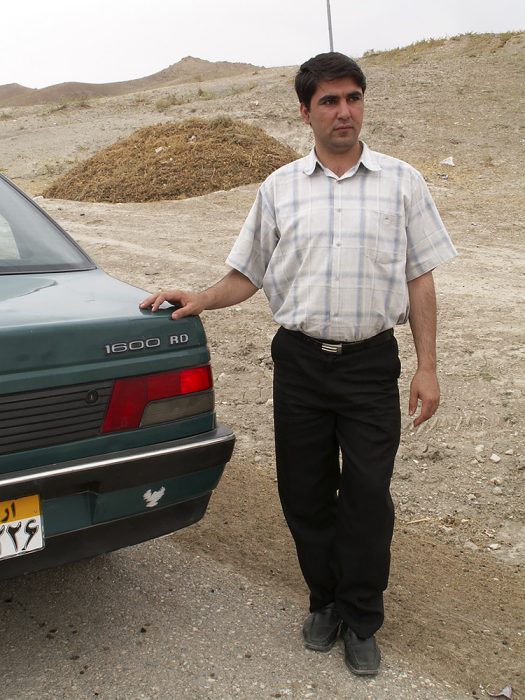 The over 60 km long journey lasted a while. Following a winding road with little traffic, the guide drove slowly. I soon found out why. Regardless of the excellent asphalt without patches, a deep hole gaped every few kilometers on which, at best, he would earn a wheels sutup bill. It took him a while to defrost his English, and his friend helped him a lot. 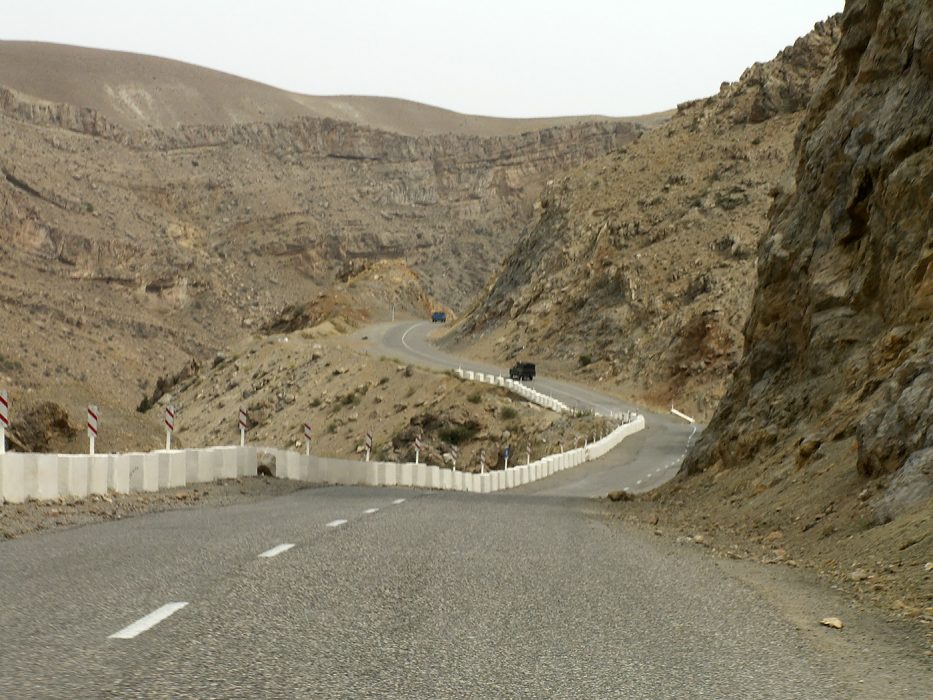 After a long climb, we turned right. The plateau we came to hid hamlets with mud walls, around the barns were piles of hay and dried animal excrement neatly stacked in piles. The last part of the route we had to meander between many poop of various shapes, thicknesses and states of matter. Shepherds were moving herds of animals down the road and they don’t like overstrained drivers, so my guide didn’t honk them, but waited patiently for them to tackle the difficult task of grouping the herd.

The black church of St. Thaddeus is said to be black because of the colour of sandstone used to build it, and Qareh Kelisa means “black church” in Turkish. It is one of the oldest Christian churches in the world, built in 68 CE. But the present church and monastery were after the earthquake in 14. century rebuilt. Both the style of construction and the interior are very similar to Armenian churches. Reliefs on the walls, inscriptions in Armenian and interior design all testify to the importance of the building.

St. Thaddeus, or St. Jude, as one of the 12 apostles named Judas Thaddeus (and not Judas Iscariot), came to this area after Jesus’ death, where he was so successful in spreading the new religion that he converted even king od Edessa Abgar the Fifth. After the king’s death, St. Thaddeus was killed by conspirators.

The Black Church is on the UNESCO list since 2008. In December 2020 the event of pilgrimage to St. Thaddeus landed on the list of intangible cultural heritage of the named organization. 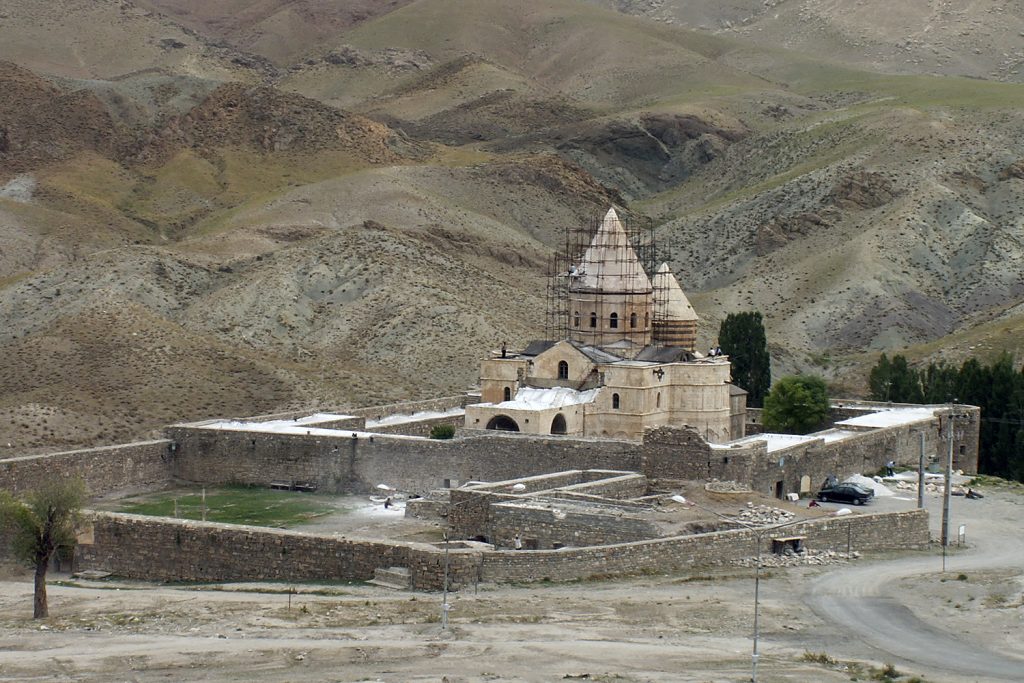